The courage of Nietzsche 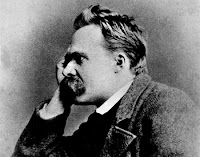 Reformed Seth appreciates and encourages your comments, but we do have guidelines for posting comments:

1. Avoid profanities or foul language unless it is contained in a necessary quote.

4. Threats are treated seriously and reported to law enforcement.

5. Spam and advertising are not permitted in the comments area.

Popular Issues of the Week